LA JOLLA, Calif., Feb. 1, 2021 /PRNewswire/ — Today CLICS, LLC is announcing that it has received a $1 million investment via the Wefunder crowdfunding website (Wefunder.com/clics) from Brian Claypool, a nationally regarded civil rights trial attorney who also frequently appears as a legal commentator on various national television shows. Brian is turning to angel investing to elevate communities by working with breakthrough companies. 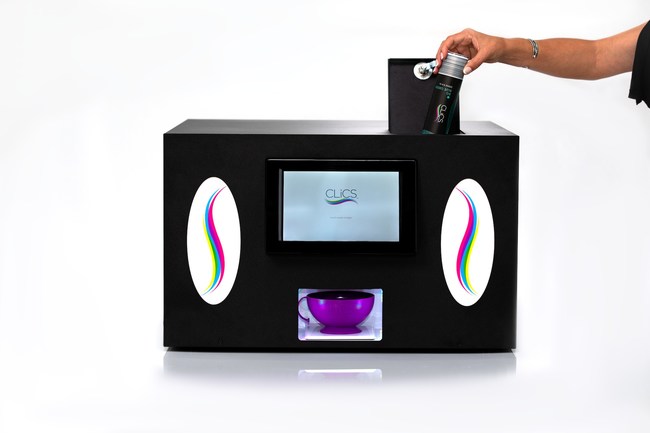 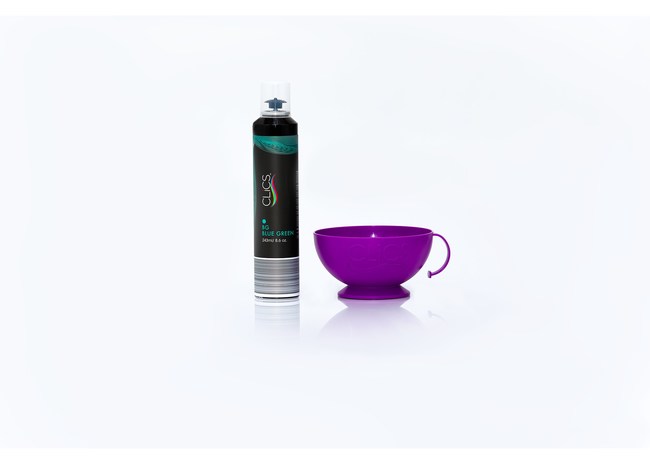 CLICS is revolutionizing the professional salon hair color industry by delivering the world’s first Digital Hair Color Studio and pay-after-dispense color-as-a-service. CLICS’ groundbreaking solution includes the first mobile app-controlled Internet connected (IoT) hair color dispenser that allows stylists to design any color they can imagine and have it automatically dispensed for them at the push of a button.

CLICS’ has also created the first mixable line of MEA based hair color. MEA replaces harsh smelling ammonia. MEA does not vaporize like ammonia, so stylists can deliver hair color services to their clients while enjoying a refreshing lemongrass sent. CLICS’ breakthrough solution creates a digital playground for stylists, allowing them to create custom colors for each client, and repeat those colors with precision.

“Stylists have not seen innovation for more than forty years,” said Brian Claypool. “Stylists perform a valuable service, that makes people feel better, but their work is technically complicated, and they are under served. CLICS’ technology allows them to dramatically improve their creative expression and service quality with innovative patented technology,” said Claypool.

Charles Brown, CLICS’ CEO said “Brian is an amazing big picture person with a keen ability to translate complex technical solutions into easy-to-understand ideas. We are very excited to be able to work with him and benefit from his strategic marketing prowess.” Brown went on to say “CLICS’s solution is analogous to the Home Depot Paint Center. It unlocks the color space for stylists and their clients and streamlines the supply chain.”

CLICS’ Co-founder, Leilani Macedo said “Brian shares CLICS’ passion for improving the lives of underserved communities. Stylists and salons need help, especially during this difficult period, and we are thrilled to be able to work with Brian to bring our industry forward.”

ABOUT CLICS:
CLICS is a startup located in La Jolla California that is dedicated to improving the lives of stylists and salon owners through technology. The company was founded by Leilani Macedo, a cosmetologist and former salon owner, and Charles Brown, an Internet pioneer.

CLICS’ has also created the first mixable line of MEA based hair color. MEA replaces harsh smelling ammonia. MEA does not vaporize like ammonia, so stylists can deliver hair color services to their clients while enjoying a refreshing lemongrass sent. CLICS’ breakthrough solution creates a digital playground for stylists, allowing them to create custom colors for each client, and repeat those colors with precision.

What Does Nigeria’s New Crowdfunding Regulation Mean For Startups, In Simple Terms?

JPMorgan Chase & Co (NYSE:JPM) has acquired Frank, a popular college financial planning platform founded by prominent entrepreneur Charlie Javice. The terms of the acquisition were not disclosed. JP Morgan said it will acquire Frank’s entire business and verticals. Jennifer Piepszak, co-CEO of Chase, said they aim to build a lifelong relationship with their customers: […] 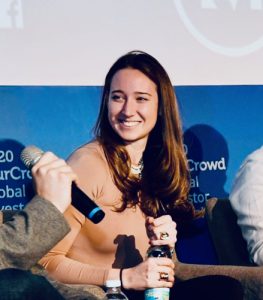 Jennifer Piepszak, co-CEO of Chase, said they aim to build a lifelong relationship with their customers:

“Frank offers a unique opportunity for deeper engagement with students. Together, we’ll be able to expand our capabilities for students and their families, helping them financially prepare for college and other major moments in their future.”

Javice, currently Frank CEO, will join the firm as Head of Student Solutions on the Digital Products team and continue to manage the Frank brand. Javice commented:

Frank has served over five million prospective students apply for financial aid for thousands of higher education institutions in the United States. As part of JP Morgan’s portfolio of financial services, Frank should gain access to its millions of account holders – some of which may be in need of financial aid.

Javice founded Frank in 2017 as a 24-year entrepreneur. She built the company based on her own experience of struggling to navigate the byzantine process of dealing with the diverse opportunities to garner financial aid for university.

JP Morgan said the deal is expected to accelerate Chase’s foundation with students including products, content, and guidance for students of all ages.

Piepszak added they are excited to welcome Charlie and Frank to JPMorgan Chase:

“[We] look forward to working together to empower students and their families to build a stronger financial future.”

IOTA, a scalable, feeless, and decentralized distributed ledger technology, has been selected for the European Blockchain Services Infrastructure (EBSI), a project organized the by the European Union.

Dominik Schiener, co-founder and Chairman of the IOTA Foundation, said they are very excited about the selection in a process that was described as:

“…we feel great about our chances to play a central role in bringing distributed ledger technology to European administrations. EBSI is an excellent fit, both technologically and ideologically. We do not need to adapt an existing blockchain or to start developing a new solution that fits EBSI’s needs. Our core technology already offers a near-perfect match to the strict requirements and precise specifications for a European ledger infrastructure, and it is ready for widespread adoption with only minimal adjustment.”

IOTA says that while the cost of transactions on other blockchains makes notarizing small information exchanges, 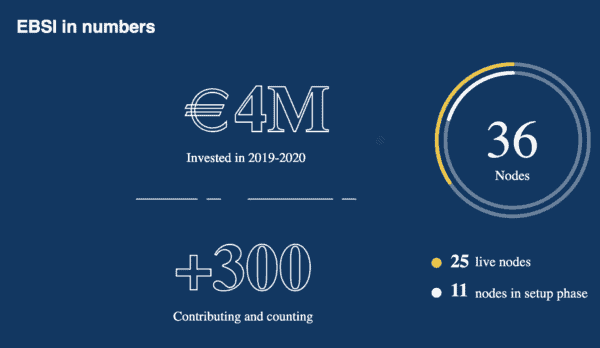 such as the cost of stamping a single document, prohibitive its blockchain is not.

Dr. Serguei Popov, co-founder and Member of the Board of Directors of the IOTA Foundation, stated:

“Creating a blockchain network on a continental scale is an ambitious and technically challenging endeavor – just the kind of project IOTA has been built for. The EU is taking a massive step towards fulfilling its digitization goal, and we look forward to the opportunity to contribute our production-ready technology to this momentous development that will change the way trustworthy information is shared across Europe and beyond.”

IOTA is one of a handle of blockchain technologies selected by the European Union.

Since 2018, 29 European countries and the European Commission have worked to form the European Blockchain Partnership (EBP). The goal is to tap into the potential of blockchain-based services for the benefit of its citizens and the economy.

The vision is to utilize blockchain to the build cross-border services for public administrations and their ecosystems to verify information and make services trustworthy.

Since 2020, EBSI is deploying a network of distributed blockchain nodes across Europe, supporting applications focused on selected use-cases. EBSI is the first EU-wide blockchain infrastructure.

IOTA says that while the cost of transactions on other blockchains makes notarizing small information exchanges,

such as the cost of stamping a single document, prohibitive its blockchain is not. 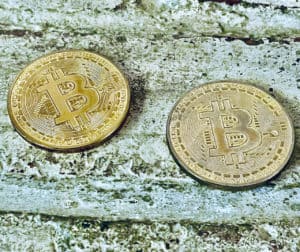 Those buying on the dip weren’t enough to push Bitcoin back north of $50,000, GlobalBlock sales trader Jonas Luethy said in a research note this week.

After briefly trading above $50,000 earlier this week, Luethy said Bitcoin has retraced downwards, breaking down from an ascending support line. Buyers failed to lift the falling price before it found support at the 200-day moving average. Bitcoin was trading around $47,300 when Luethy published and analysts have identified $45,300 and $44,000 as the next key support levels should it keep dropping.

While the longer-term trend is iffy, in the short term BTC would have to break through that ascending support to reverse its direction. A total of 42,500 bitcoin option contracts worth roughly $2 billion are set to expire today, and that is likely a contributor to the price volatility and subsequent fall in price this week.

Altcoins mostly followed Bitcoin’s pattern. ETH is trading at $3,100, a fall of almost $3,400 from a few days ago. Solana remains an outlier, making a new all-time high of $83.93 today despite the downward trending market.

Today the Fed is expected to announce plans for tapering as the US economy recovers from the pandemic. Certain crypto analysts see tapering as an issue for Bitcoin speculation as quantitative easing is thought to give investors the liquidity to invest in riskier assets.

NFT sales exploded this month, totalling $896 million dollars in sales, more than triple the previous best month for NFT sales in May. One of the most popular NFT collections, Cryptopunks, accounted for nearly $400 million of the volume. Earlier this week, Visa purchased CryptoPunk #7610 for 49.5 ETH, worth just under $150,000. Within an hour after the purchase, nearly 50 more of the pixelated avatars were sold and the price floor of Visa’s Punk #7610 rose by $70,000.

Bayer does NOT belong at the UN

How Success Happened for Aaron Levant, CEO of NTWRK