The moment many an Apple fan has been waiting for is almost here: The company today announced its second fall ‘special event’ of the year, where it almost surely will reveal its latest set of ARM-powered MacBook Pros. The event will stream from Apple.com and YouTube on October 18 at 10 AM PT.

There’s a good chance we’ll see some other devices show up too — here’s what you should expect.

We’ve been hearing rumors for ages that Apple is planning to announce new 14 and 16-inch MacBook Pros in 2021, and next week’s event sure seems like the time for for it. The devices are expected to ship with a more powerful version of the M1 chip in the existing Apple devices like the current MacBook Air and iMac.

Although this new souped-up processor has often been dubbed ‘M1X’ — Apple has even used the term as a tag in a YouTube video — it’s not clear if that’s what the new chip will actually be named. In any case, you can expect a significant performance leap over the M1, which already provides the best performance-per-watt on the market. The M1X is rumored to add an extra two cores, bringing the count to 10.

Perhaps more importantly, the devices should show significant GPU gains in order to compete with devices that have dedicated graphics cards — rumors have pointed to a new 16-core and/or 32-core GPU, instead of the 8-core GPU in M1 devices. Of course, it’s still possible Apple plans to work with AMD on a dedicated GPU instead as it has in the past, but that seems unlikely at this point.

Processing power aside, the devices may also debut Mini LED on a MacBook for the first time, allowing for nearly-OLED-like contrast and super bright displays. The technology showed up on the iPad Pro this year and it’s only a matter of time until it makes its way to MacBooks — not to mention we’ve been hearing rumors about it for ages.

A recent leak also suggests Apple is going for a taller aspect ratio this time around, closer to 3:2 than its traditional 16:10.

Other expected specs include a 1080P webcam, a new MagSafe connector, an SD card slot, and even — gasp — an HDMI port. The devices are also expected to start at 16GB of RAM and 512 GB of storage.

As a Windows guy, I feel like I’m living in a bizarro world, where the ‘Apple Tax’ actually gets you more ports and better performance than you can find on most comparable Windows machines, not just an alternative OS and cool design (by comparison, the Surface Laptop Studio has just two Thunderbolt 4 ports and the optional Surface Connect dock.). That is, if the rumors pan out.

Oh, and the Touch Bar is supposedly going away too. Good riddance. 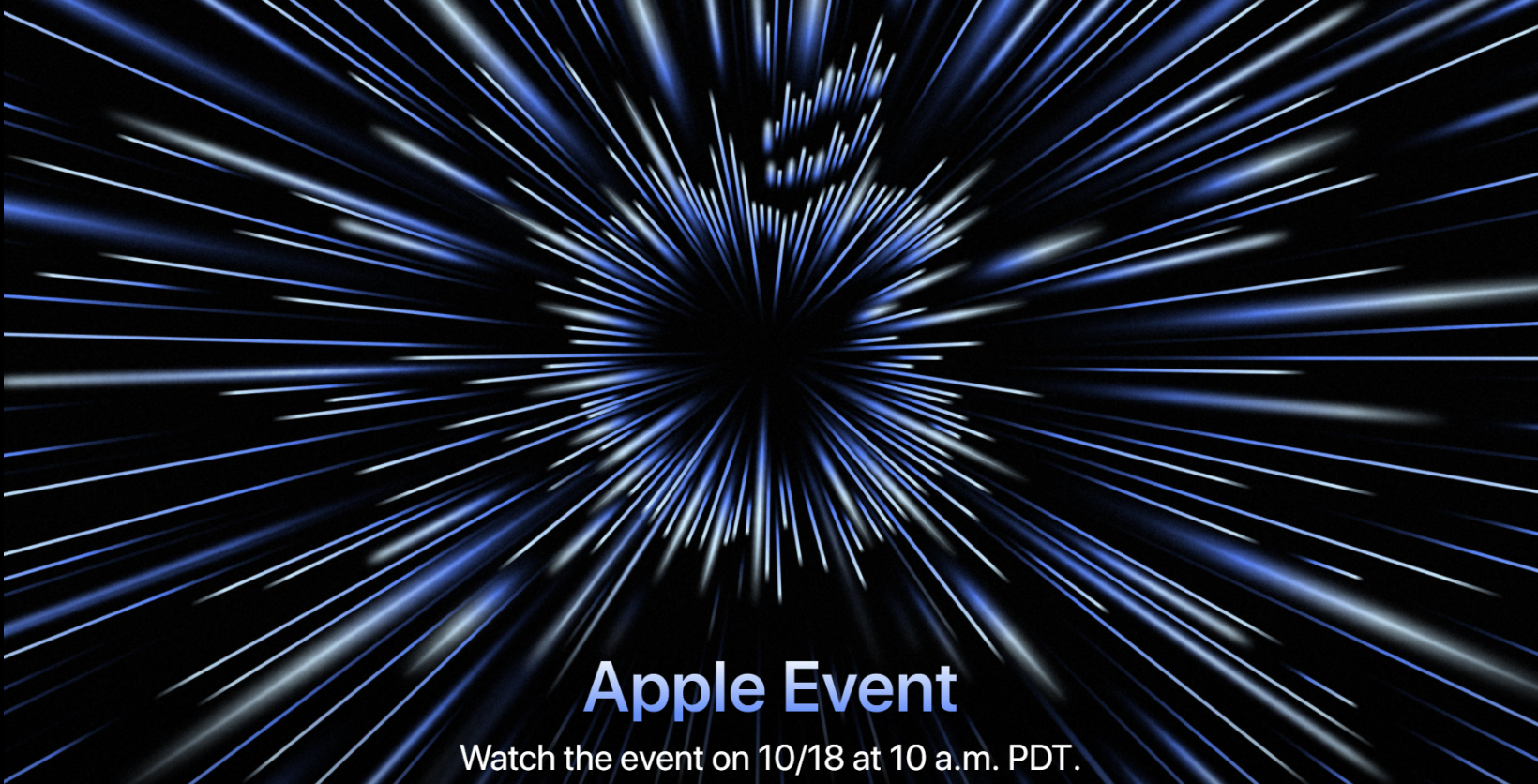 Apple’s event invite hints at something… fast. The streaks of ‘dots’ may also allude to the Mini LED display, but maybe I’m looking into that too much.Maybe: Redesigned Mac Mini

The Mac Mini already made its Apple Silicon debut last year, but that doesn’t mean Apple is done switching things up.

The company is reportedly planning to reveal a new Mac Mini, this time with an all-new design and the more powerful M1X processor, or whatever it’s called. It’s expected to come with up to 64 gigs of RAM, four Thunderbolt 4 inputs, two USB-A ports, and a magnetic charging cable like the new iMac.

While we’re almost sure the device will shop up sometime in the next few months, there have been some reports of delays, so it may not be ready quite for next week.

It’s been rumored that Apple plans to refresh the cheaper AirPods for a while now and after they didn’t show up in September, they could make an appearance here.

Leaker Max Weinbach (through his @PineLeaks account) has previously suggested these will come with a larger battery and will offer wireless charging as standard. He also claims they will offer better bass than earlier models.

Other rumors have suggested they will adopt a design more like the AirPods Pro, including shorter stems.

Although I do think the new AirPods are on the way, it’s also completely possible Apple will announce them separately; the AirPods Pro were a whole new product back in 2019, yet Apple announced them via a boring old press release.

Unleashed! These next six days are going to speed by. #AppleEventpic.twitter.com/0ops2bVPvl

While the next MacBook Air is expected to receive many of the same changes as the new MacBook Pros, including a Mini LED display and smaller bezels, it likely won’t debut until next year. On the plus side, it’ll likely come in many pretty colors like the new iMacs, so that might be something worth waiting for.

Simply put, it’s likely too early for a new Mac Pro. Apple Silicon has proven itself to be incredibly capable, but it’s likely too early for Apple to bring it to workstation desktops designed for high-end, professional applications. Those parts of the tech industry tend to move slowly, and I expect Apple wants to let its new chips penetrate the market more before it brings the tech to its more powerful computers.

We know Apple has been slowly building up its mixed reality ambitions for years, but rumors suggest Apple’s first such device won’t arrive until 2022 at the earliest. But who knows, if we’re lucky, we might get a teaser.

Did you know we have a newsletter all about consumer tech? It’s called Plugged In – and you can subscribe to it right here.

The limited access to live patients during training, advancements in medical education, increasing demand for minimally invasive treatments, increasing focus on patient safety, and growing demand for virtual training due to current COVID-19 pandemic are the major factors driving the growth of the medical simulation market.

Moreover, factors such as growing awareness pertaining to simulation education in emerging countries and shortage of healthcare personnel are creating lucrative opportunities for the market players.

“Laparoscopic surgical simulators segment to have the largest share during the forecast period.”

Factors responsible for the growth of this segment are the gradual shift of focus away from traditional learning, advent of advanced simulation-based technologies, wide utilization of simulation models in medical surgeries, increasing focus on minimizing errors, and cost-effectiveness of procedural training for medical physicians.

“APAC to witness the highest growth rate during the forecast period.”

For more information about this report visit https://www.researchandmarkets.com/r/5ul8hx

Moreover, factors such as growing awareness pertaining to simulation education in emerging countries and shortage of healthcare personnel are creating lucrative opportunities for the market players. 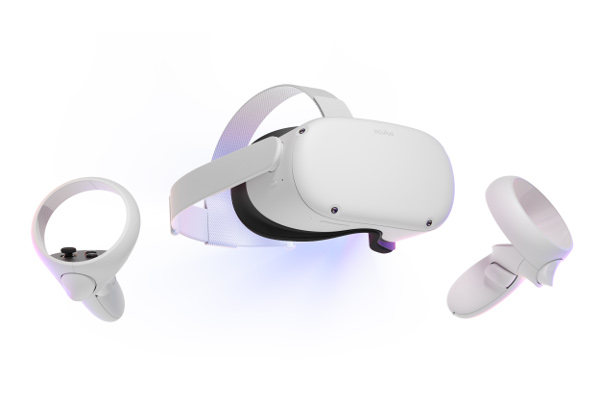 Perfitly is an AR/VR-AI apparel e-commerce SaaS solution built to reduce returns and increase sales by allowing the customer to visualize the garments on an avatar based on their measurements.

Recently, we connected with Dave Sharma, Co-Founder and CEO of Perfitly, to hear about his experience raising on SeedInvest and his plans for Perfitly.

SeedInvest: How did you find out about SeedInvest and what led you to choose this route of fundraising?
Dave Sharma: Through a comparative survey and credible reviews, SeedInvest seemed among the top-rated platforms; being professional, proven, and expeditious.

SeedInvest: If you could give one piece of advice to an entrepreneur looking to raise on SeedInvest what would it be?
Dave Sharma: Make sure the space will resonate with SeedInvest investors and put in effort to strategically plan out the timing of the campaign by making sure that proposed business updates are actually in place. Lastly, it is good to have reasonable familiarity with SEC/FINRA.

SeedInvest: Now that you’ve had a successful raise, what does the next few months look like for Perfitly?
Dave Sharma: Mostly growth of our customer base and expanding the service at existing large retailers.

SeedInvest: Where do you hope Perfitly will be in five years?
Dave Sharma: We hope to execute our plan of reaching ~200 client retailers of varying sizes by 2025 and becoming the leading data & analytics provider to the industry. And of course, a tech company is never done with enhancing and optimizing its technology as new opportunities open and underlying tools improve. So far, we still have a wide lead in technology and hope to keep increasing it.